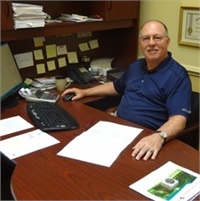 He has been an Enrolled Agent (Enrolled to Practice before the Internal Revenue Service) since June 2002. He was previously enrolled for more than ten years in the 1970’s and 1980’s. In January 2004 Don completed the Certified Senior Advisor training program and testing and was granted the designation of CSA.

While at Drexel, Don interned for three years with a major CPA firm and after graduation was employed by the firm for more than one year. In September 1972, he was recruited by the NJ Medicaid Program to assist in the audit of nursing homes and quickly rose to manager status. While employed by the NJ Medicaid Program, he co-authored the CARE nursing home reimbursement system and was a member of the Medicaid Director’s Advisory Committee.

In 1978, Don was asked to move to the Commissioner’s office within the NJ Department of Human Services and held numerous management level financial positions working extensively with federal entitlement programs. He took an early retirement in 1997 to join Wagner Financial Services.

Don attended Rutgers University and completed the Certified Public Managers Program and was awarded the designation of CPM in November 1986. As an active member of the Association of Government Accountants, while employed by the State of NJ, he met the certification requirements and was awarded the designation of Certified Government Financial Manager (CGFM) in March 1996.

Don is married with four adult children and two grand children. In his spare time, he enjoys reading, gardening and is an avid golfer.